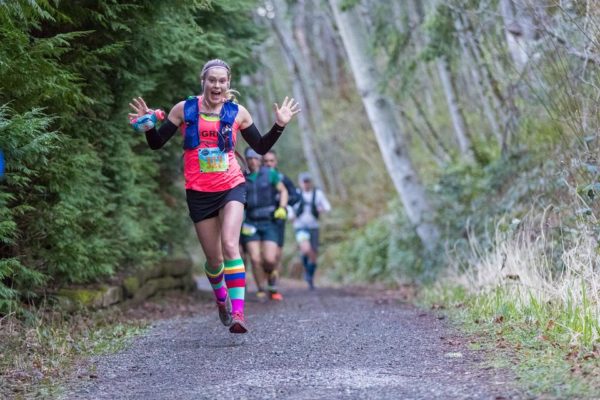 Sabrina HouckPresident
Sabrina moved to Bellingham from New England in 2009 and fell in love with the area. She met her husband, a local Washingtonian, and decided to find their home in Bellingham.

Before she finished her Undergraduate studies, she decided it would be an amazing accomplishment to run a marathon and in 2011 she completed the Seattle Marathon. It didn’t last long before she started getting into trail running and that April 2012 she ran and completed her first 50 mile race. Sabrina is now running trail ultramarathons- distances vary but as large as 100 milers. She will always take the opportunity to run if it involves a good group of people, great food, and beautiful views!

Sabrina and her husband became GBRC members for a number of years and both love what GBRC brings to the community. Sabrina has worked with other nonprofits in town and works within the education system currently. She has a passion for helping people live healthy, community center, lives and she is thrilled to have an opportunity to be a Board member. 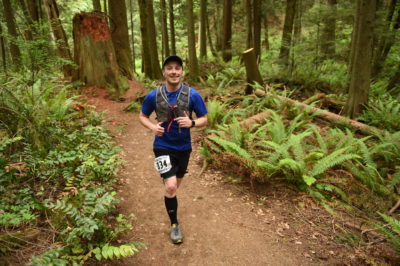 Tim SchafermeyerVice President
Tim moved to Bellingham in 2014 from Cincinnati, OH after graduating from the University of Cincinnati. He started getting more into trail running, and running in general, when his wife Angela began to run more and more trail races.

As a GBRC board member Tim helps with various technology related things such as website updates and online registration setup. He is also one of the founders and race directors of our new trail race The Blanchard Beast. 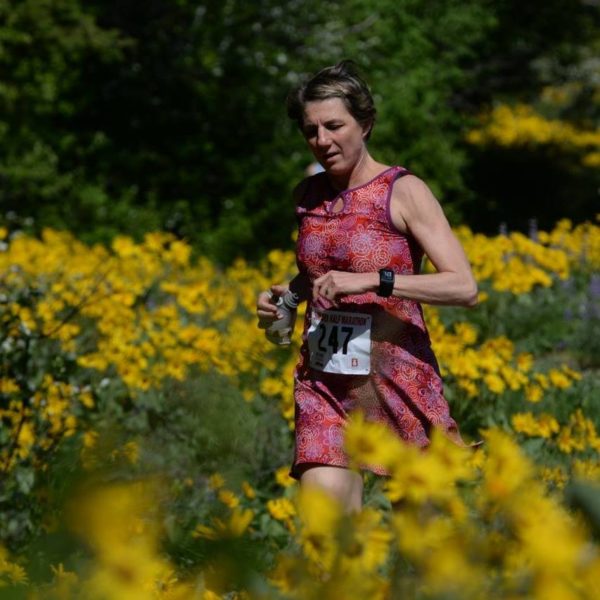 Deb DonovanSecretary
I moved to Bellingham in 1991 and have not regretted it for a moment. I’ve been a runner since high school (in fact, I met my husband on the Willow Glen High School cross country team) but started running longer distances in 2006 when I decided to run my first marathon. A few more followed that one, including Boston in 2008. I seriously started trail running in 2011 when the Chuckanut 50K fell on my birthday (I took it as a sign that I was meant to run that race). Since then, I’ve been fortunate to be part of the Bellingham running community, especially part of a group of smart, playful, open-minded, tenacious, and supportive women. I teach in the Biology department at Western Washington University, where I can easily hop on the Sehome arboretum trails for lunch-time runs.

I recently joined the GBRC board after being a member of the club for several years. I’ve been the race director for the Lake Samish runs for the past six years and will be transitioning to direct the Haggen to Haggen. I look forward to contributing more actively to this wonderful organization! 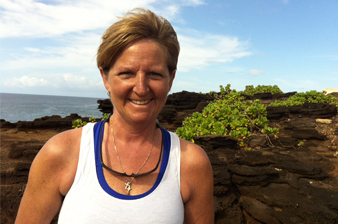 Alison AllenEquipment/Permits
I really enjoy being a part of GBRC as a long time board member. After many years of running marathons and ultras, I now spend most of my running time on trails and in the woods near my home. I keeps track of the GBRC equipment, obtain the GBRC race permits and co-direct the Race Beneath the Sun. 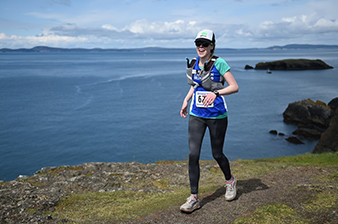 Lindsey BoldrinVolunteer Coordinator
After being traumatized by the junior high P.E. “Friday Fun Run,” I never thought running was something I’d do (willingly.)  My running career began well into adulthood, in 2010, when I started running around my neighborhood to manage work-related stress. I had no idea how much I would end up loving it! I started doing road races and rapidly improving my times. My motivation increased, and gradually so did my distances. I moved to Bellingham from Bothell at the end of 2013 to begin a graduate program at WWU. I wanted to keep my running momentum going, so I sought out a local running group and joined GBRC.  It was one of the best decisions I’ve ever made!

After doing a handful of road half marathons, I was introduced to trail running in 2015. I loved the challenge of the variable terrain and the sense of being on an adventure in the woods.  I do almost all of my outdoor activities and trail running with my husband, Brock. We also enjoy bike touring, hiking, and cross-country skiing. I love trail races, particularly half marathons, and I’m interested in tackling some longer distance events in the future.

I’ve regularly attended the Wednesday night track workouts since joining GBRC. I’ve met the best people at the track through this club, and with their support, I’ve seen significant improvement each year. I never thought speed work was something I’d enjoy, but with the camaraderie of the group and our incredible coach, it’s a blast! I would encourage anyone who is interested in checking out the track workouts or local group runs to just go for it! You will find many new running pals and have a ton of fun.

I decided to get more involved in GBRC after six years of reaping the rewards of being a member.  I am delighted to now be a board member, and I love telling people about our awesome running club! I need to have my trusty GBRC running hat on whenever I run, and I am rarely seen without it. My favorite GBRC races are the Chuckanut Foot Race and The Blanchard Beast. My other favorite local race is the Baker Lake Classic 25K.  I’ve run it every year since its inception in 2015. Bellingham is an amazing place to be a runner. We have an incredible running community, great trails, and a historic running club to support us! 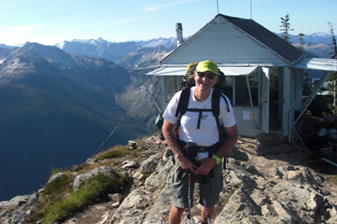 Larry LoberTreasurer/Membership
Larry and his wife moved to Bellingham in 2002 after selling their business in Kirkland, WA. They are very happy with their decision to choose Bellingham as their retirement home.

He loves running, hiking and biking. The running bug hit him when he moved from Montana to Washington in 1986. Though he primarily enjoys running Marathons, he has also run the Chuckanut 50K.

Larry has been a GBRC member since 2009 and has been director of the Honeywagon Runs since 2012. He is a regular volunteer at both the Lake Samish Runs and the Chuckanut 50K. He looks forward to serving on the GRBC Board and working alongside the other members to continue to keep our club strong in this community.

Involvement in this wonderful community is a source of pleasure for him. Other interests include volunteering at both the Mt. Baker Theater and the Pickford Film Center. He encourages others to volunteer at GRBC events as well as at other community events as a way to give back. Giving is a good thing and it benefits everyone. 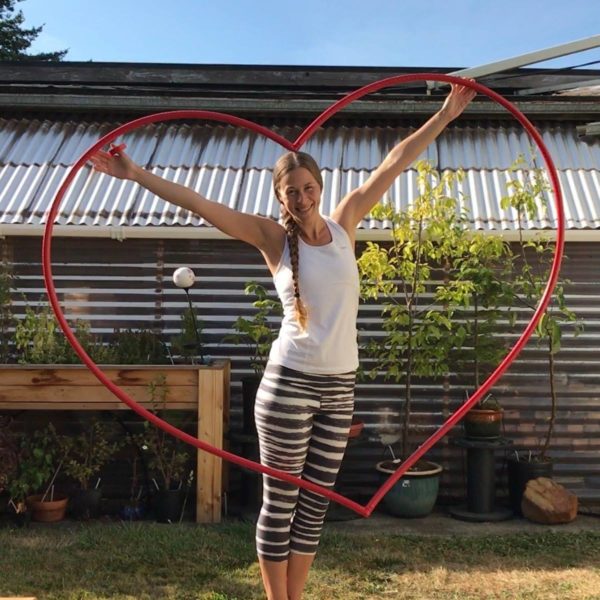 Joy LoveSocial Media & Photographer
I am a Pacific NW native, 3rd generation born in Whatcom County. I discovered GBRC one day when I was searching for local races to participate in, when I saw the incredible value of being a member I was excited to join even though I was living in Anacortes at the time. As a Jack of all trades I love variety so I consider myself much more than a runner but running really has changed my life in a lot of fantastic ways. After I moved back to Bellingham I was recruited to be the social media person by Mark Harding who learned about my photography and writing skills via facebook. After joining the board I learned so much more about the club and agreed to be Vice President only by encouragement from Alex Gehrig (Former President). GBRC is an awesome community of people, I’m happy to be a part of it all and look forward to sharing even more by contributing as one of the co-creators of the monthly Newsletter, The GBRC Gazette. 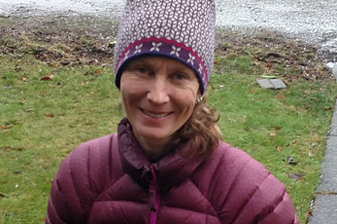 Colette McNabbAt-Large
Although I have always enjoyed running, I began running in earnest as an adult when I recognized that maintaining a base level of fitness through running helped sustain my active lifestyle which includes walking (rapidly), bicycling for transportation and recreation, mountain biking, and hiking. I have been participating in GBRC events since 2003 and joined as a member in 2009 when I was finally able to call Bellingham home year round. Volunteering at GBRC events is genuinely as enjoyable to me as entering as a runner; the club has something to offer every kind of runner and being a part of events where such a wide variety of individuals come together to participate is satisfying. 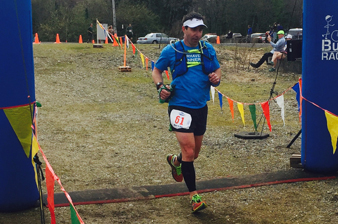 Andy MurrayAt-Large
I’m a local Bellingham boy who’s been in B’ham his whole life and has a love for running and running trails. I did a few GBRC runs and found out how cool it is! Joined up and became a member a few years ago and have been joining the benefits ever since, track work outs and runs and races with great people! It’s always hard for me to volunteer at weekend races, so I thought joining the board would be a good way to do my volunteering for the club and maybe have some good input and pass on my love for running with the club.

Ryan RobieAt-Large
Ryan has been inspired to give back to the running community because of the support he’s felt from other runners throughout his life. The camaraderie the Bellingham running community provides is truly something special. Ryan serves as the Race Director for GBRC’s Lake Padden Relay. He is also involved in GBRC’s Scholarship & Awards committee, is a certified Traffic Control Flagger for GBRC’s races, is a content creator for GBRC’s newsletter, is helping GBRC develop a DEIJ Action Plan, is focused on strengthening GBRC’s sustainability efforts, and dabbles in finding funding and partnership opportunities for GBRC.

Bellingham has such an amazing network of trails that interconnects this city and its people with outdoor adventures. After many solo explorations of both of those things, Ryan started to meet and become friends with many like-minded people in the local running community, which strengthened his desire to help ensure that running truly is available as a healthy outlet for everyone.

Outside of GBRC and his other community volunteer involvements, Ryan currently works as an ecological restoration educator and has been a public servant throughout his professional life. 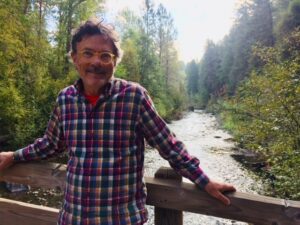 Larry KwiatkowskiAt-Large
I came to Bellingham in 1992 from a sleepy, SoCal beach town. Ever since, the city of subdued excitement with its four seasons plus the mountains, the trails, the water and the people – has been a joy.

Running came to my world by watching my son run track in high school. Two things drew me to the sport. The simplicity – with only a pair of shoes, anyone can compete not only against others but simply with oneself. We may not make the podium but we can always run a personal record. The people – I’ll always remember the girls’s team cheering as the final runner from every team crossed the finish line. Runners are an extraordinary community of people!

My running life began by setting a marathon goal for my 60th year. With that mission accomplished I soon after joined the GBRC and have continued putting one foot in front of the other – sometimes in rapid succession, sometimes not – ever since.

Following a work life in architecture and planning, retirement in 2021 provided the opportunity of time to give back to our community. After a trial run as co-director, I became race director for the Padden Mudfest in 2022. I was invited to join the GBRC board the same year. Other activities that bring joy include music, biking, hiking, F1 racing, travel and an old Porsche.